How this simple advice can help build a successful business

Business failure is something that has always been dramatized by movies and novels. There is either a sinking ship that takes down diamonds with it, or a million-dollar pharmaceutical company facing a major blow because of fake/outdated drugs.

Failure of a business does not always happen amidst such drama. True, there have been such incidents – they are always referred to because they are popular. But there are other factors that contribute to the failure or at least the “slow progress” of a business. They are not as big as a sinking ship. And it’s only these smaller factors that are more common among small businesses and startups.

One such factor is simply “Hesitation”.
Do you remember that feeling before you asked your crush out on a date? There is this fear combined with anticipation. You hesitate so much that you even consider giving up the efforts to ask them out. But somehow you summon up the courage– and then everything happens so quickly and before you know it, you have the date! And it was so easy you slap your head and think “I needn’t have been so scared!”

Similar feelings of hesitation and anxiety are common in life – before meeting your boss for the first time, facing an audience and so on. While a little hesitation towards new things is understandable, you should learn NOT to give in to that feeling. You have to learn to overcome it as early as possible. You cannot afford to run a business carrying this “hesitation” in your pocket. You might miss out on a lot of big opportunities because of this – and that would be a shame.

For instance, Richard Branson, Founder and Chairman of Virgin Group, says in an article that he is thankful to his mother for teaching him to overcome such hesitations in life, early on. Apparently when he was just about five, his mother stopped the car in which they were riding and left him to find his own way home, as his punishment for causing mischief in the backseat. He was incredibly shy but then he was pushed to asking strangers for directions. This incident taught him to overcome these little fears and hesitations. Eventually a farmer helped him find his way back but the point here is he was no longer scared of things without a reason.

One way to shed this feeling is by preparing for the worst. This attitude will give you more courage to encounter risks – and trust me a business is full of them! Right from asking a crush out on a date, to dealing with diamonds, nothing is possible if you give into little fears. You may not even survive. Shed it and you will be able to take your business to greater heights! 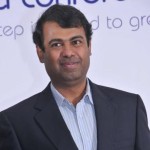 Ganesh is the founder of Integra Global Solutions and Handdy.com. He heads the company’s worldwide business from Pennsylvania, USA. He has over 20 years of experience and in working with many Fortune 500 companies. In building up Handdy.com and its divisions he has picked up several priceless and useful lessons that he is sharing in his blogs. This will be helpful for any business executive

Ganesh is the founder of Integra Global Solutions and Handdy.com. He heads the company’s worldwide business from Pennsylvania, USA. He has over 20 years of experience and in working with many Fortune 500 companies. In building up Handdy.com and its divisions he has picked up several priceless and useful lessons that he is sharing in his blogs. This will be helpful for any business executive

Customer retention: why SKY does not care?

Promising the Earth and not living up

Brutal self examination is what you need, not more meetings

Are you considering changing the ‘look’ of your brand?